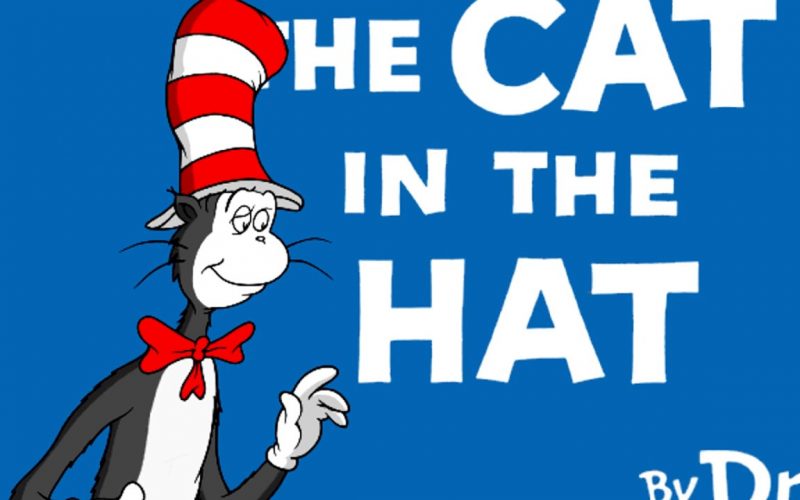 The Cat in the Hat by Dr. Seuss – Interactive Videogame Longplay (1997)

The Cat in the Hat is the sixteenth Living Book, released in August 11, 1997 based off the famous popular 1957 children's story and written by Dr. Seuss and based off the 1971 classic cartoon television special of the same name was aired on CBS. On a boring rainy day, the titular cat barges into the house with the two kids, where he tries to cheer them up by performing all sorts of crazy antics.

When Sally and Tommy are bored in their house on a rainy day with their mother leaving them, they think there is nothing to do. Suddenly, a six-foot tall cat wearing a hat comes into their house, telling them that even although it's not very sunny that day, there's still ways to have fun. Their talking fish rejects this idea, but the cat tries to calm him by playing a game he calls "Up-Up-Up With a Fish", in which he balances the fish on an umbrella. After getting even more upset, the cat just says that there's nothing to fear and he'll hold him up high while he balances on a ball. He begins to balance various other objects until he finally can't take it anymore and loses control, causing everything to fall down in the process. The fish suddenly falls down into a teapot, with him entirely upset by the cat's antics. Despite being ordered out of the house, he chooses to stay and bring in a red box, carrying two guys he calls Thing One and Thing Two. He lets them out, revealing two short men in red clothing with crazy blue hair. The fish doesn't trust them, but the Cat in the Hat tries to assure "They are here to have fun on this very, very wet day". Upon learning that their form of fun is flying kites indoors, the fish just gets even less trusted that they're being safe. After bumping their kites all over the place, they soon see that their mother is about to get home. In a desperate attempt, the narrator (Tommy) brings out a butterfly net to trap the things. The cat is distraught when he sees the two things trapped under his net and walks out of the house unhappy. Although the kids and the fish are glad to see him gone away, they have no clue how to handle the big mess the cat and the things created. Just then, the cat comes back in with a large red vehicle to pick everything up. He gets all of it cleared and leaves just when their mother walks up to the front door. She then asks them how things went when they were gone, which is something left to the reader to decide how to answer.

This website uses cookies to improve your experience while you navigate through the website. Out of these cookies, the cookies that are categorized as necessary are stored on your browser as they are essential for the working of basic functionalities of the website. We also use third-party cookies that help us analyze and understand how you use this website. These cookies will be stored in your browser only with your consent. You also have the option to opt-out of these cookies. But opting out of some of these cookies may have an effect on your browsing experience.
Necessary Always Enabled
Necessary cookies are absolutely essential for the website to function properly. This category only includes cookies that ensures basic functionalities and security features of the website. These cookies do not store any personal information.
Non-necessary
Any cookies that may not be particularly necessary for the website to function and is used specifically to collect user personal data via analytics, ads, other embedded contents are termed as non-necessary cookies. It is mandatory to procure user consent prior to running these cookies on your website.
SAVE & ACCEPT